The KKK is getting a makeover (lol)…… [poor child—must be drunk… or high] according to John Abarr, a member of the Montana Klan, out with the old and in with the new – Klan, that is. He says the organization wants to add more diversity because they aim to build a strong America.
According to the Washington Times, “The new Klan will not focus on race, but rather on reining in the federal government and keeping Capitol Hill from establishing a “new world order” under a unified force.
Abarr has been busy folks. He has apparently got the attention of NAACP rep Jimmy Simmons, who he met last year and apparently convinced that the direction of the “new Klan” might be worth looking into. Simmons commented that if Abarr holds a peace summit next summer, he would “take a strong look” at joining” – this according to USA Today.
There are no words from me…

This is one of those stories that makes me sick to my stomach. A 33 year old sex offender has been accused of the sexual assault of a 23 month old. David R. Wilson had just been released from serving four years in prison for… you guessed it (sexual assault). His sister allowed him to move in with her. That is when and where he sexually assaulted his 23 month old niece and infected her with HIV, genital herpes, and chlamydia. To make matters worse, he is said to have done the same to a 14-year-old girl, but additionally getting her pregnant.
ABC News reports that last November, reconstructive surgery was performed on the toddler’s private parts after her HIV, genital herpes and chlamydia diagnosis was revealed. As for the teen girl, she told a caseworker at the Children’s Assessment Center that she had been having sex with Wilson for two years and she had gotten pregnant along the way. Her medical exam also came up positive for HIV, genital herpes and chlamydia.
Wilson is being charged with super aggravated sexual assault of a child, with the enhanced charge being due to the age of his niece. He is currently being held without bond. It is still unknown why he wasn’t arrested at the time of the original accusation. There are no words for this scum. 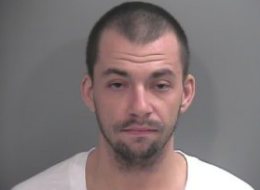 According to reports, this is the face of evil.

One of the most despicable acts ever occurred recently. The Huffington Post is reporting that 31 year old Scott Sholds has been arrested and charged with raping a 2-year old. Sholds allegedly filmed the act using a cell phone. This heinous act was discovered by Sholds ex-girlfriend. After making the shocking discovery, she bravely contacted the police. “She told police that she found the video on her cell phone after her son had taken the device and given it to Sholds, who is the boy’s father.” Apparently the victim was the daughter of a woman that Sholds had lived with recently. The death penalty is far too good for this monster.

This is the extended re-mix of one of 2013’s most outrageous stories. Charles Ramsey has signed a book deal. He’s now going to get paid and… just in time for Christmas. Check him out below:

Charles Ramsey Signs Book Deal With Publisher To Tell Heroic Rescue Story Via FoxNews:
The man who famously put aside his Big Mac to help rescue three women held captive in a Cleveland house over a decade has signed a contract to publish his memoirs. Charles Ramsey signed the deal with the Cleveland publisher David Gray & Co. on Thursday. Amanda Berry, Gina DeJesus and Michelle Knight and Berry’s 6-year-old daughter escaped to freedom May 6. Collaborating as Ramsey’s co-author will be freelance writer Randy Nyerges. The former U.S. Senate staff speechwriter co-wrote “Day of the Dawg,” with former Cleveland Browns defensive back Hanford Dixon. “What you saw on TV doesn’t even begin to tell the story,” Ramsey said in the company’s announcement of the signing Says the publisher: “Charles says outrageous things, but what a story he has,” Nyerges said. “America doesn’t know yet how truly brilliant this guy is.” The book, which does not yet have a title, will be published next spring. “He’s completely unfiltered,” Gray said, according to The (Cleveland) Plain Dealer (bit.ly/1dvRJZt). “I think that’s part of his appeal. He says what he thinks. I am really intrigued by him — as a person, with the story he had to tell, and with his ability to tell it.”

Loyal reader Shaundra sent me this article. The death penalty would be too good for this animal. His acts will affect generations of people.
If you’ve ever wondered what evil looks like, look at the picture below. This is the epitome of evil. Check out the article below.

By TOYIN OWOSEJE
Prosecutors said Ayinde kept the kids from revealing the rape by beating them and isolating them from other children.
Award-winning music video producer Aswad Ayinde has been sentenced to 90 years in prison after a New Jersey court found him guilty of raping and impregnating his daughters.
The shamed star, who won an MTV award for directing The Fugees’ Killing Me Softly in 1996, admitted repeatedly raping five of his seven girls to create a ‘pure’ bloodline that would survive Doomsday.
Many of the assaults are said to have taken place from the mid-1980s to 2002 in an abandoned funeral home, before he and his wife separated.
Ayinde, 55, was able to conceal his plot by delivering the babies himself and beating and isolating his daughters by home schooling them, the court heard during his trial.
Ayinde buried at least two babies who died in the home, without notifying authorities or obtaining birth certificates, NBC New York reported.
According to court documents, the former music producer and self-proclaimed prophet fathered six children with his daughters over the years. He also had nine children with his former wife, Beverly, and another three with two other women.
“He said the world was going to end, and it was just going to be him and his offspring and that he was chosen,” Beverly Ayinde said at a pre-trial hearing.
“I was afraid to ever accuse him of being demented or being a paedophile. I knew the word, but I wouldn’t dare use it because it would result in a beating.”
In 2006, the molested sisters decided to go to the authorities after learning that Ayinde had fathered more children with other women.
Prosecutors revealed that Ayinde began having sex with his second daughter from the time she eight years old, and fathered her four children.
When the now-35-year-old woman stood up to testify, Superior Court Judge Raymond Reddin ordered Ayinde to put down the court papers he was hunched over and face her, news website Northjersey.com reports.
“I can’t describe how much you hurt me and my sisters,” she said. “You should’ve told the truth instead of lying.