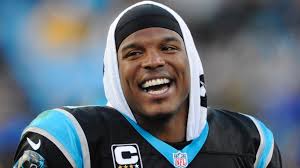 Here’s my pick for the winner of Super Bowl 50 which will be played February 7, 6:30pm EST.  It’s early and I will write more about this later.  I just wanted to put my name in the for the team that I’m supporting ….

This is one you’ll have to see for yourself.  Twenty years ago, Roy Jones and Bo Jackson were on an episode of  Married With Children.  They in fact predicted the transformation of Bruce Jenner.  Just look at the video for yourself and you too… will laugh and be amazed.  This is just uncanny.

Yes, I know I haven’t posted in a couple of weeks and I apologize to those who come here regularly. But… I’m baaaaaaack. In case you haven’t seen this video, I really wanted you to see it. I saw this about a week ago and I was amazed at the enthusiasm of this kid. He has a BIG future ahead of himself if he keeps up with this kind of positive attitude. His name is Apollos Hester from Austin High School. What do you think?

*Offensive lineman Richie Incognito, who was at the center of the Miami Dolphins bullying scandal, for some reason took a baseball bat to his Ferrari, damaging the hood and grill, according to the Scottsdale (Ariz.) Police Department.
The title listed above and the story printed below is an article I found at eurweb.com. What’s confusing about the entire deal is that I don’t understand why this is news. If I own anything, it is mine and I can do with it what I will or may. Others may or may not like it, but it is not their business. When I saw the story, I was amazed that someone had taken the time to even print it. And now… I’m doing the same thing. Wow!!!

Sgt. Mark Clark said the police became aware of this situation after TMZ brought it to their attention Wednesday afternoon. He said the Dolphins guard took responsibility when police contacted him Thursday.
“They provided us with a photo of a damaged car and reported it to belong to Mr. Incognito, and they gave us an address,” Clark said. “We went out there and checked to see if there was a damaged car there. There was no car and no one answered the door.
“We went out there again this morning and we were able to contact Mr. Incognito and he reported that he damaged his own car and didn’t need any police help or report.”
Clark said further details are unavailable because no crime was reported and added that Scottsdale police are done with the matter.
Pictures and video posted by TMZ show the Ferrari, valued around $300,000, smashed on the hood and grill with a baseball bat lying nearby. A part of the bat is shown lodged in the car’s grille. TMZ reported there were red shirts hanging from the car with Incognito’s name written on them.
On Feb. 14, NFL investigator Ted Wells released his report which found that Incognito, guard John Jerry and center Mike Pouncey bullied and harassed tackle Jonathan Martin and others within the Dolphins organization.
According to the Palm Beach Post, TMZ also reported that Incognito’s parents have filed for divorce. In the divorce documents, Incognito’s dad said that the soon-to-be-former Dolphins guard supports the entire family financially.
Incognito is a free agent and will not return to Miami. He could still face a league suspension.

This is a story that is insane to the membrane. My question: Why are people still so angry at Michael Vick? There are reports coming out of Raleigh NC that Michael Vick has been booked to speak at an event called “Evening of Champions” for Raleigh’s Chamber of Commerce. The problem? There are thousands who have vowed to protest Vicks appearance there. There are those who feel that “his presence is the last thing they or any young athlete needs.” A petition from Change.org has garnered over 66,000 signatures. Despite the protest over Vick, the Chamber is sticking to its guns as it stands by its decision to have the athlete speak. Here’s my take: Michael Vick spent 19 months in prison for his role in a dogfighting ring in Virginia. There are many who have spent less time for killing a human being. “The chamber’s decision to feature Michael Vick as a headliner at the event is insulting and degrading for our community and certainly does nothing to represent the business interest in our community,” the petition stated. “To elevate someone like Michael Vick, as if he is a champion and have him speak to young, impressionable athletes is ludicrous.” These self-righteous people ought to be ashamed of themselves. But they are not. If you are not interested in what Vick has to say, don’t attend the function- plain and simple. Despite what these people say, Vick is a champion. He made a mistake, he paid for it, and life goes on. There are kids and adults out here that can’t read, there are people who are homeless, women are being abused, someone is addicted to drugs: Lend your time and attention to those causes and leave this man alone!

Today is Super Bowl Sunday. The Denver Broncos take on the Seattle Seahawks in Super Bowl XLVIII At 6:30 PM on FOX. The game will be played at MetLife Stadium, East Rutherford, New Jersey. I’ve already stated that I think that Seattle will win this battle, but the game has yet to be played. Goooooooo Seahawks!! In honor of the game, I’m posting the best rendition of our National Anthem that I’ve heard at a Super Bowl. It is by none other than the late, great, Whitney Houston.

Also, Bruno Mars is set to appear as the halftime entertainment. Here is his video “Just The Way You Are”. Get ready because he can jam and of course he’s going to put on the performance of a lifetime.

NFL’s first legally deaf player, Seattle Seahawks fullback Derrick Coleman, surprises twin hearing-impaired girls in this inspiring video. The girls had seen a commercial featuring him and they wrote him because they consider him an inspiration. He answered their letter and then visited them in person. The surprise got even bigger when he presented them with tickets to the Super Bowl on Sunday. The (15-3) Seattle Seahawks face the (15-3) Denver Broncos in NFL Super Bowl XLVIII this Sunday, February 2, 2014 at 6:30 PM on FOX. They will be playing at the MetLife Stadium in East Rutherford, New Jersey.
My prediction is that the Seattle Seahawks, yes I said it, WILL WIN this game. They have an awesome defense and in my opinion, that will be crucial in winning this game.