Bobbi Kristina, Whitney Houston and Bobby Brown’s daughter, was found face down in a bath tub yesterday just days before the third anniversary of mother Whitney Houston’s similar death.  She has been placed in a medically induced coma apparently due to some swelling in the brain.  According to sources, she was found by her husband, Nick Gordon, who began CPR before the police and paramedics arrived.

Reports are indicating that a police search found no drugs in the home (the same home they shared with Whitney).  The cause of her collapse has yet to be determined.  Her condition currently has been described as stable.

Family members going to the hospital. 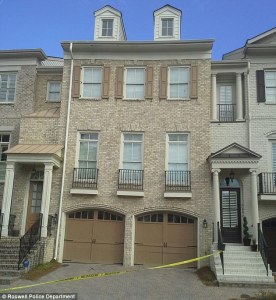 The condo in Roswell, GA where she lives with husband Nick Gordon