Ok, I know I that the posts are less frequent than they used to. Perhaps that will change in 2020. Every year since I started, I always try to post something for Black History Month. For me, this is a great way to end the month. This song called “Pray For Me” by The Weeknd and Kendrick Lamar from the Black Panther soundtrack is EXCELLENT! I’m not a big rap fan but I do like this one. I also like the fact that this song has that Michael Jackson flavor in the midst of it. I’m really loving this song right about now. One of the reasons I know I love it is that every time I hear this song, I can’t get enough of it.
According to Wikipedia, “Black Panther was released in February 2018 and went on to break multiple box office records in various markets. Worldwide, it became the highest-grossing film by a black director. In its domestic market of the United States and Canada, it set the records for the highest-grossing superhero film and the highest Monday gross. Elsewhere, it became the highest-grossing film in the territories of East, West, and southern Africa and set the record for the highest opening weekend gross in East and West Africa as well as Trinidad. The records featured below were set while the film was in theaters and may not represent those currently held. All dollar amounts are presented in unadjusted U.S. dollars.

I’m amazed at how long it’s been since I’ve posted. Time has a way of moving a lot faster than we know or can even imagine. So much has been going on since I last communicated with you; so much that I won’t even try to catch you up. What I will do is let you in on what I’ve been grooving to for the last couple of months. This song is called “Wide as The Sky” by Isabel Davis. Every song I hear by this lady is absolutely moving and inspirational. Her delivery is extraordinary and the message in itself is always on point as to what I’m needing spiritually. I have a few other songs that I’m also feeling nowadays but I want you to check this one out first. If you don’t remember anything about this post just remember to… Let All The Other Names Fade Away!!!…

I was shocked today in church when they ended service with “I’ll Be There”.
It was such a paradigm shift as I stood there hearing this song that I remembered as a soul song written by Berry Gordy, Hal Davis, Bob West, and Willie Hutch. The song was recorded by The Jackson 5 and released by Motown Records on August 28, 1970 as the first single from their third album on the same date. Today, the song was also being presented as a “soul” song…but this was soooooooo… different. I could easily now hear this song being played on any gospel station. I looked at the lyrics in ways that I never had before and from this day forward, I will always remember this as a “soul” song as it really touched my soul today. Check out the lyrics as you listen to this classic and let me know what you think. 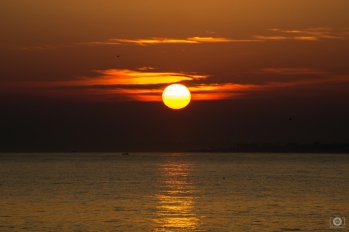 walk, then crawl, but whatever you do,

you have to keep moving forward.”

I don’t know how I ended up watching this clip but as soon as I did, I could not look away. If you don’t want to cry, don’t watch this one. This is a story about ABUSE, SURVIVAL, HEROISM, and STRENGTH . I don’t want to give away too much in this writing because I want you to watch the clip. I’ve never been in an abusive situation and certainly not a situation such as this but it really hurt nonetheless. The kids in this story are extremely resilient yet what they’ve gone through will always be with them. THE OPRAH SHOW has evolved over the years but she has always been educational, cutting-edge, poignant, and emotional. Watch this clip and let me know what you think. 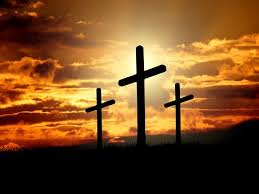 I got this today from WordPress. Time sure does fly by quickly. This year I’ll try to do better. Thanks everyone!!!

You registered on WordPress.com 6 years ago.

Thanks for flying with us. Keep up the good blogging.

Kelontae Gavin’s “No Ordinary Worship” has been my go to song for the last couple of months. I remember when I first heard this song, I was driving along and had to know who was singing this one. This is my first post of the year and I hope it touches the hearts of any/all that happen upon it. I can’t predict the future but I certainly am expecting a GREAT 2019. I will continue giving praise to GOD. THIS AIN’T NO ORDINARY WORSHIP!!!

I believe if you keep your faith,
you keep your trust,
you keep the right attitude,
if you’re grateful,
you’ll see God open up new doors.
-Joel Osteen-