Today is the birthday of DIANA ROSS. Born on March 26, 1944 Ross is 72 years old. As a child, I fell for MISS Ross when I first saw her singing with the Supremes. I then watched her as she evolved into a solo artist. She has so many memorable songs. She was the first artist who I saw in concert. I saw her show in the round in Charlotte NC in the late 70’s. She definitely put on a show. I then worked one of her concerts when I was a police officer. One of the memorable things about that particular concert is that typically several officers are assigned posts in the inner area and the outer arena when an artist performs. For the Diana Ross concert, we were told that they did not want any officers present in the inner arena. BUT…another officer and I were assigned to posts in the inner arena. We were told that we could not wear our police hats inside this concert. At one point one of the concert-goers came to me and advised me that someone was in his seat. I went and determined that the individual did not have a ticket. I escorted the person out. When I returned, some of Diana Ross’ people came to me and let me know that if I was seen again up and around, I would be escorted out. To this day, I find that extremely amusing.

In the above tribute, Diana Ross sings songs from the 1973 DIANA ROSS’ album ” LADY SINGS THE BLUES.” It reached the # 1 in the USA Billboard album charts and remained on the charts for 54 weeks!

C’mon….. I know y’all remember this one by Earth, Wind and Fire called “That’s The Way of The World.” Let me know what you think about this old classic.

Anyone can find the dirt in someone….be the one that finds the gold!
Proverbs 11:27 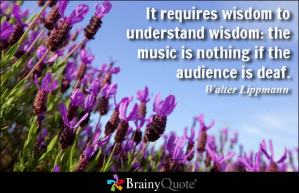 It requires wisdom to understand wisdom: the music is nothing if the audience is deaf.
-Walter Lippmann-

This song is by gospel great Yolanda Adams called “In The Midst Of It All.” I love the lyrics on this one also. I hope you dig it as well. I’m rushing to get this posted as I am a little busy right now. Talk to y’all tomorrow.

This post actually put me in the mind of a poem that I wrote several years ago called “The Masquerade Party.” It speaks about how on this planet, everyone is wearing a mask of sorts. Paul Laurence Dunbar so eloquently wrote: “We Wear the Mask”

We wear the mask that grins and lies,
It hides our cheeks and shades our eyes,—
This debt we pay to human guile;
With torn and bleeding hearts we smile,
And mouth with myriad subtleties.
Why should the world be over-wise,
In counting all our tears and sighs?
Nay, let them only see us, while
We wear the mask.
We smile, but, O great Christ, our cries
To thee from tortured souls arise.
We sing, but oh the clay is vile
Beneath our feet, and long the mile;
But let the world dream otherwise,
We wear the mask! 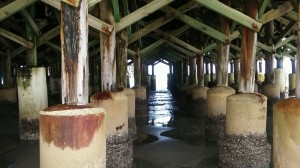 as I stand here
alone on this pier
hey, these ants
keep crawling up here

breaking my concentration
on you

remember us playing
alone on the beach
never once leaving
each other’s reach
all those good times
the fun now gone
the lies, the deception
now my heart all alone


if only you had told me the truth
but you, my friend
chose to be so uncouth

This is a classic by Earth, Wind & Fire called “Keep Your Head To The Sky”. I love finding the lyrics on some of these songs and this is one of those songs with great lyrics. Hopefully this song will motivate someone today……

When I saw this post , it made me think of my tagline for this blog: LIVE IN THE (PRESENT) THAT YOU’VE BEEN GIVEN.
Whatever door you’ve closed…sometimes needs to remain closed.

We close the door to the past and put the key in a safe place. Every so often we find ourselves revisiting the steps of that broken, rusty, dusty door hoping to find what use to be on the other side. What was once always there is now gone but hope is not lost. What we don’t realize is that what use to be our world will soon be replaced by a greater version then what we had. Replaced with something we can’t even start to dream of. The odd thing about all this is once we have it in our lives we can’t see ourselves without it even though we once never had it at all. A wise man once said; “Every new beginning comes from some other beginnings end”.

I heard this song today and of course, I just had to post it. It’s out a while. This one is by Deitrick Haddon, Ruben Studdard, and Mary Mary called “Love Him Like I Do.” This is another one of those songs with an upbeat groove. I hope you love it like I do…….