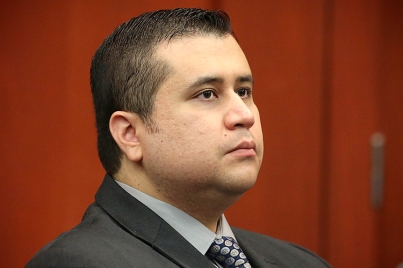 Information is still sketchy at this time but several news agencies are reporting that Zimmerman has been shot.  Apparently another man and Zimmerman were involved in this latest incident that happened on Lake Mary Boulevard in Lake Mary Florida.

George Zimmerman is known for the shooting of unarmed black teenager Trayvon Martin on February 26, 2012, in Sanford, Florida. On July 13, 2013, he was acquitted of second-degree murder in Florida v. George Zimmerman.

According to reports, officers at the scene are reporting that Zimmerman suffered a minor gunshot to the face.

As indicated before, details are sketchy but different news sources are reporting different things.  A “road rage incident” and an ongoing dispute are two of the possible motives floating around at this time.  There are also reports that a bullet hole could be seen in Zimmerman’s passenger window.

Reports are that Zimmerman was able to “walk normally” to an ambulance.   More information will be forthcoming as soon as it becomes available,