You’ve got to check out this clip.  This woman’s name is Claudette Colvin.  Few people know her story. When she was 15, she refused to move to the back of the bus and give up her seat to a white person — nine months before Rosa Parks did the very same thing.  Now her story is the subject of a new book, Claudette Colvin: Twice Toward Justice.  Check her out above and you will know… the rest of the story. 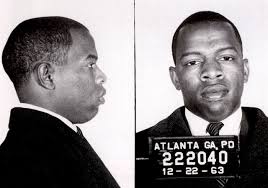 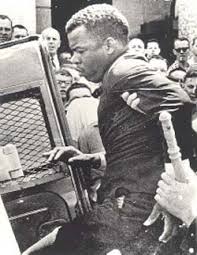 When I read this today, I knew that there were others needing to hear the same thing. I always say that too many people are on that radio station WIIFM (what’s in it for me). This post puts it all in the right perspective. Feed someone else today!!!

Unfortunately, it seems that thoughts and feelings of people around the world are getting worse and more negative every day. People appear to be more rushed, stressed and self absorbed in their everyday lives more than ever.

Have you ever noticed that the more people focus their lives on themselves, the more miserable they generally become? Their main goal is to FET as many things as they can. Meanwhile, the happiest and most content people are usually the individuals that GIVE to others.

Today’s short story is a tremendous illustration of how each one of us can find a secret to finding the goodness and happiness in life.

A holy man was having a conversation with the Lord one day and said. “Lord, I would like to know what Heaven and Hell are like.

The Lord led the holy man to two…

After seeing this performance of “Glory” from the movie Selma by John Legend & Common at the 2015 Oscars, I simply felt numb.  Their performance was the highlight of the night and brought many audience members to tears.  And then… the acceptance speeches afterwards for Best Song were poignant.  Their words help to put a punctuation mark  on BLACK HISTORY MONTH and the continued struggle…

“The spirit of this bridge connects the kid from the south side of Chicago, dreaming of a better life, to those in France standing up for their freedom of expression, to those in Hong Kong, protesting for democracy,” he said. “This bridge was built on hope, welded with compassion and elevated with love for all human beings.”

“We say that Selma is now, because the struggle for justice is right now,” he said. “We know that the Voting Rights Act that they fought for 50 years ago is being compromised right now in this country today. We know that right now, the struggle for freedom and justice is real. We live in the most incarcerated country in the world. There are more black men under correctional control today then were under slavery in 1850.” He concluded with: “We are with you, we see you, we love you and march on.”

If I were there, you would have probably seen my tears rolling as well.

When I tell you that this new spin-off of “Preachers of LA” called “Preachers of Detroit” is a hot mess, believe me.  To be honest, as a person who loves to watch reality tv, it is what the doctor ordered.  Even though I’m cognizant of the fact that anyone who has a camera following them around constantly can’t really act normal; I do believe that you get to see moments of realness from that individual.  It is those moments of realness that I enjoy.

I’ve only seen the first two shows, but I can tell that I’m in for a fiery ride through some of the churches in Detroit.  Find them on Oxygen and check out the time they are on in your area.  You’ve got to let me know what you think about this one.

Take a look at this video.  Can you imagine this being the norm?  This type of racism and so much more was endured by our ancestors on a daily basis.  Now here we are in 2015 and this type of evil has the nerve to parade itself in this way.  In this particular instance, fans of the Chelsea Football Club (a soccer team) were videoed preventing a black man from getting on a metro train in London.  You have to see this for yourself to believe it.  They were heard shouting “we’re racist, we’re racist and that’s the way we like it!”

When…. will this madness end???

This is a public service announcement… from a child.  You just gotta watch this.  It is so cute.  This little girl is letting you know that it is not okay to just touch her or pick her up because she is a little child.  You must get her permission first.  I heard that!!!  Let me know what you think about this one.

I’ve heard some good singers in my life and I know good singing.  This group, The Fam, singing “The Potters House” definitely fits the bill.  This was sent to me by A. Renae and I’m glad about it. Check them out and while you’re at it check out this scripture:

35 Who shall separate us from the love of Christ? shall tribulation, or distress, or persecution, or famine, or nakedness, or peril, or sword?

36 As it is written, For thy sake we are killed all the day long; we are accounted as sheep for the slaughter.

37 Nay, in all these things we are more than conquerors through him that loved us.

Yesterday was the day set aside for lovers… Valentine’s Day 2015.  In our haste to express love to our loved ones, I’m hoping that the ultimate love was not overlooked.  There is no greater love than the love that God has for us.

John 3:16 New King James Version (NKJV)  16 For God so loved the world that He gave His only begotten Son, that whoever believes in Him should not perish but have everlasting life.

This song is by Canton Jones and it really says it best as it eloquently asks the question:  How are you going to sing/talk about love… without talking about me?”

That reminds me of the day that I was at work and this young lady walked by me and she was singing a love song.  I said to her:  “you don’t know a thing about love”.  She stopped in her tracks and turned to me and said:  “anyone who knows God, knows love.”

So, while you are getting dressed today, dress up your spirit as well.