I recently had a conversation with a friend who stated that she wanted to become a bit more likeable.  Her indication was that she was becoming a stick-in-the-mud.  How many of you have heard that phrase before?  My advise to her was to “be yourself”.  Some people will like you and some people won’t.  I really didn’t know there was an art to becoming more likeable and engaging.  This morning I began to check out some videos of a friend of mine and guess what?… He recently addressed that very topic.  So check out Ed Brown below.  And yes, this is my final post today… unless something really major comes across my path.

Ok, this is my re-blog day. This is another post that I recently read that I wanted to share. This too is a very powerful post that a lot of people need to read. Share your thoughts with me on this one as well. This one comes from The Turtle Queen.

We live in a world of extremes: extreme TV, extreme wars, extreme images, extreme thoughts, feelings, and more. As I examine my inner thoughts and feelings, I find myself sometimes in a maze of extremes — extreme judgments, extreme opinions, extreme overreactions and more.

I worry about this crazy world in which we live and the part I may play in its increasing state of madness. I know that we all are playing a part in our own demise. Every time I make a statement in the extreme, I am tearing away at our universe. Just one extreme word can remove a small grain, then, a stone, then a mountain, then before we know it — all creation is gone. Sound extreme? Yeah!! But think about it…..

It is extreme to think in terms of us and them, of your religion vs. mine, of black vs. white of rich vs…

How many of you can relate to this post? It is so powerful that when I read it I knew that I wanted to share it. Check it out and let me know what you think. I’m sure BJ won’t mind me re-blogging it.

This is one of those stories that sicken me to the nth degree.  Domestic violence is one of those topics that I’m not personally familiar with but I am close to people who have been affected by these horrific acts of violence. 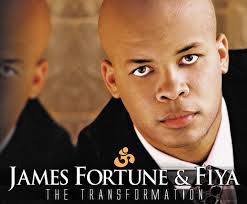 On the way to work I typically listen to the gospel artist James Fortune on the  James Fortune Radio Show.  The show is on our local gospel radio station.  Fortune has not been on the show for months now.  At work I began to wonder why he has not been on the show.  There are a number of other artists that have been substituting for him.  I remembered that Fortune had allegedly been charged with some type of assault last year.  I went online to find out more information and to my surprise I found that this gospel singer JAMES FORTUNE is a monster.  Yeah, I know that sounds a bit extreme but consider this:  Here is a man that opts to punish his four year old step-son by first beating him (child was nude during the beating) then placing the child in a tub of scalding hot water.  The water caused 2hd and 3rd degree burns from right above the child’s penis, down to the bottom of his feet.  It is my opinion that in cases of domestic violence, an adult may find it very difficult to leave their significant other but they do have that choice to stay or leave.  BUT children do not have the same option.  That’s what this case is mainly about to me.  I’m trying not to get too far ahead of myself.  The decision to pull Fortune from the James Fortune Radio Show came sometime after his arrest in late October 2014.

According to Attorney Toni Jones, Fortune is an abusive stepfather and an alleged wife-beater.  “He’s been charged with aggravated assault of a family member (his wife) with a deadly weapon. And I believe that weapon is being alleged as a bar stool,” Jones said.

Jones represents Roderick Davenport, the biological father of Fortune’s stepson. This past weekend Fortune was arrested in Stafford and charged.

“I believe the Stafford PD were concerned at the time of the investigation interviewing her possibly leg or her pelvis may have been fractured or broken,” Jones said.

Twelve years ago Fortune pleaded guilty to injuring his 4 year old stepson.  Fortune was found guilty of felony injury to a child.   Check out the video footage and the burns caused by Fortune on the stepson’s body below:

The stepson spent 63 days in the hospital and who knows how many more hours he will have to spend for plastic surgery in the coming years.  On his show he has a segment that asks the question “What Are You Feeling Fortunate For?”… My answer would be that I’m feeling fortunate that I am not that child’s father because by now, I would have definitely “laid hands” on Fortune and I don’t mean that in a holy way.  I pray that he gets the mental help that he needs because he seriously has some mental problems.  He sounds great on recordings and I’m sure that he manages to raise the service in person, but obviously has some tremendous anger management issues.    Here he is below in a song titled “I Believe”.  He’s the one doing the talking.

I know I just posted a Whitney Houston song earlier this week but today I have to post her again to help to inspire someone special as she takes the MCAT.  If you have possibly forgotten where your strength comes from for this challenge and any other, just remember to look to heaven as HE has provided all the strength you need to make it through.  Listen to the song “I Look To You” for your source of additional inspiration today.

This was originally posted last year and is just as powerful today as it was then. Please re-visit and enjoy!!!  I am also including in this post a picture of some of the actors currently staring in the movie “Selma” (a movie depicting the infamous March on Selma).

I saw this article online and I thought it was good enough to pass on. These are some of MLK’s leadership quotes.

Dr. Martin Luther King, Jr. was a leader who, like Mahatma Gandhi before him, and Nelson Mandela after him, showed us the way from weakness and division to strength in unity.

He challenged and inspired us to reach deeper within ourselves, despite ourselves, for our best, which sometimes is, simply, better than yesterday. His power endures because it’s rooted in the courage to hold hope and faith in each others potential: “knowing” we can do it… we can be better every day, each in our own way.

On this, the U.S. holiday celebrating his life and legacy, I present…

It is a MIRACLE to be alive and I’m truly grateful.  Today is MLK Jr. Day and it’s being celebrated all over the world.  There are many who still hold onto those antiquated ideas of superiority yet they obviously fail to realize that GOD is the only superior ONE!

Before I get too far off the beaten path, I am posting this video today to remember this iconic lady WHITNEY HOUSTON.  A movie about her is currently being featured on Lifetime.  I haven’t seen it yet but I’ve heard both good and bad things about it.  I will reserve my comments until I’ve seen it for myself.  If you’ve seen the movie, let me know what you think.  I’m going to try to see it real soon.  Check out this song by Whitney.  It is one of my favorites by her.

Check this commercial out.  I am in a rush as usual and don’t really have time to write a lot.  I wanted you to see this.

One of the most beautiful things about blogging is the outreach all around the world.  Through this medium I’ve been contacted by people that I would have never been in touch with.  This morning I received an email from  Uzo who works for a Gospel label called Zoe Records in the UK.  He was wanting to know how to be featured on studiotj.  I listened to some of the music and the rest is history.  I hope you enjoy their sound.  Let me know what you think.  This is called “Sacrificial King”

You never know how you’re going to react at any given moment.  You also never know what goes on behind closed doors.  One thing’s for sure, you had better readily identify yourself before you try to get behind the closed door of this lady.

Apparently early this past Friday morning, Zia Segule, 28, left home to buy  a romantic breakfast so as to surprise his wife Tiffany Segule.  He thought that she was still asleep as he reentered the house.  Tiffany surprised her husband with a shot to his chest as he came to the bedroom door.  She obviously thought that he had broken into the house.  This story still has more questions than answers but for more on this, see the video below: