This is another one of those dumb stories where someone is trying to beat the system… and got caught. You’ll have to read this one. 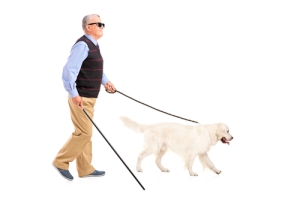 Check it out below:
According to JS Online
A Greendale man was sentenced to a year in federal prison Tuesday for fraudulently collecting $175,000 in Social Security benefits and lying on his taxes, after he claimed he was blind and couldn’t work, drive or read without help. In reality, Lawrence Popp could do all those things, according to federal agents who secretly recorded him. The 58-year-old man ran businesses while collecting government benefits and spent lavishly on trips and jewelry, records show. He could read small print on his phone and drive a car, a snowmobile and even a water-ski boat, according to surveillance video recorded and obtained by agents working for the Social Security Administration and the IRS. “The lies are just one after another,” Assistant U.S. Attorney Gordon Giampietro, who recommended two years in prison, said in court. “This is a cynical abuse of a program truly geared to those who need assistance.” Popp’s attorney, Raymond Dall’Osto, recommended probation, citing Popp’s continuing health problems. Dall’Osto said his client is guilty but noted the money he stole and the taxes he failed to pay would be repaid quickly.