First of all, I can’t believe I did not post this two days ago on the 4th anniversary of Michael Jackson’s death. Anybody who really knows me, knows that my number one favorite entertainer pick of all time was and is Michael Jackson. We all know that nobody can do Michael, like Michael but…. this tribute to the legacy of Michael Jackson is done well. VERY WELL. It was done at a maximim security penitentiary in Cebu, Philippines… and the point is…THEY DID THAT!!!

There are absolutely no words for this one.

This one is for all of you animal lovers out there. In the video, a dog finds his deceased pup and spends about 3 minutes covering him up. It almost brought me to tears…

This is just crazy to even watch. Everybody has their oWn passions and sometimes those passions turn deadly. Such is the case here. This Youtube video shows a female wing walker, Jane Wicker, sitting on the bottom of the wing as this airplaine flies upside down at 110 mph, about 100 feet above the ground. As she begins to wave to the crowd, the wing dips and the the plane crashes into the ground and explodes. My sympathy goes out to her family and the family of the pilot, Charlie Scjwenker.

This whole race thing just continues. I’m sure by now you’ve heard about Paula Deen being fired by “The Food Network” for using racial slurs. She has apologized for her past mistakes. Yesterday I saw this video and I understand why people are offended by what is here. Did she just not know any better? Did she think she think she was being funny? Whatever the case, I don’t find this to be at all amusing.

Today is June 21, 2013, the first day of summer. Rumour has it that several members of the San Antonio Spurs have been rushed to the hospital with HEAT exhaustion.
Heat exhaustion is a heat-related illness that can occur after you’ve been exposed to high temperatures for several days and have become dehydrated.

Hopefully this is just a rumour but at any rate, please be careful out in the HEAT. 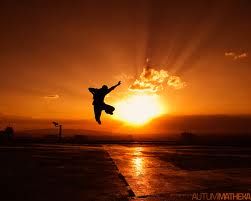 The HEAT is so high today in MIAMI until it is causing a HUGE commotion. It all started last night as these men chased a group called the San Antonio Spurs out of the city. 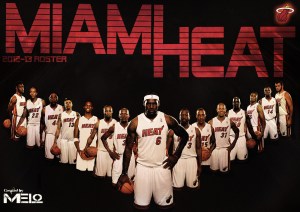 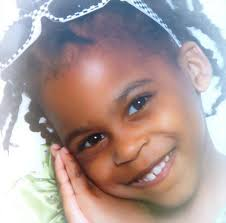 Take a look at this story out of New Orleans, La. It has impacted a family and a community. In this story, a 13-year old boy was left to attend his 5 year old sister. He began to practice wrestling moves on her. She died and he is now charged with killing her. So, so, sad… Thanks to Audrey for sending me this story. I guess this was her way of telling me that I had not posted anything today.

(CNN) — The 13-year-old boy told them he knew wrestling on TV was fake, sheriff’s officials in a New Orleans suburb said.

But, according to authorities in Jefferson Parish, his account of practicing “WWE”-style wrestling moves by punching, jumping on and slamming his 5-year-old half-sister to the bed was all too real, and fatal.

Viloude Louis, 5, of Terrytown, was found unresponsive on a bathroom floor Sunday. She was taken to a hospital, where she was declared dead.

The boy, whose name was not released by authorities because of his age, has been accused of second-degree murder; he remained in Rivarde Juvenile Detention Center on Wednesday.

Should boy, 13, be charged with murder?
He “was smiling and appeared as though he took great pride in what he was doing,” sheriff’s Col. John Fortunato told CNN on Wednesday. “He showed no remorse while he was being interviewed in the presence of his mother.”

The half-siblings’ mother left them at home when she went to the store Sunday, authorities said in a statement.

The juvenile suspect initially said he found Viloude lying in the bathroom, complaining of a stomachache, authorities said. The boy said he took her downstairs, where she lay down on a sofa. He said he called 911 when he noticed she was not breathing, authorities said.

The mother returned home while emergency officials were on the scene.

An external examination of the little girl by the coroner’s office noted no obvious signs of trauma or major injuries, and her death was listed as unclassified.

But a follow-up interview with the teen boy and his mother Monday brought a different account of what allegedly occurred while he was babysitting.

The 13-year-old, who is 5 feet, 5 inches tall and weighs 100 pounds, told an investigator about punching his half-sister in the stomach several times and slamming her on the bed, authorities said. The youth said he was practicing “WWE”-style moves on the 5-year-old.

“Additionally, he jumped on the victim and struck her with his elbow several times like the wrestlers do on television,” the sheriff’s office statement said.

The boy said the victim complained that she was hurting, “but he continued to slam, punch and elbow her for an additional two or three minutes, stopping when his mother called him on the phone to check on he and the victim.”

The boy smiled and appeared to enjoy talking about the wrestling moves, authorities said.

The Jefferson Parish District Attorney’s Office declined to provide further information or comment, noting that the suspect is a minor.

WWE, the Connecticut-based World Wrestling Entertainment, in a statement Wednesday called the girl’s death a tragedy. It said authorities determined Viloude’s death was “not an accidental death due to a wrestling move.

“The facts of this case clearly point to a lack of parental supervision. … It is illogical to conclude that the repeated, brutal and ultimately fatal beating of a 5-year-old little girl by a teenager could be confused with imitation of WWE action seen on TV. ”

The mother will not face charges, according to Fortunato. 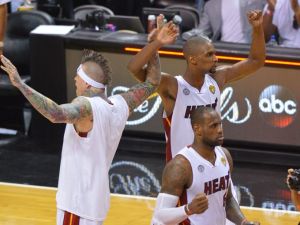 Last night the HEAT was hot in Miami… One of my brothers sent me a text last night letting me know that my team, the Miami Heat was done… It was the fourth quarter and the San Antonio Spurs had a lead. But… not so fast, because by the time the fourth quarter ended, the game was tied 95-95. After Ray Allen’s 3-pointer forced the overtime, Miami hung in there and won to force game 7. It is the NBA’s first Game 7 in the Finals since 2010 and the sixth Game 7 in the Finals since 1980.

“One game, that’s it,” said Allen, who played in the 2010 Finals’ Game 7 with the Boston Celtics. “We gotta go out here and do our best and leave it out on the floor.
This game left me exhausted and in need of sleep. I’m sure I’ll be up late again on Thursday as (my prediction) THE HEAT RISES TO THE TOP.